I call it the “curse of the sequels”. It’s not always valid (case in point: “The Empire Strikes Back” and “Godfather Part 2”, but quite often, these sequels are so bad they shouldn’t even exist. Let’s look at some of my personal favorites.

Taken 3 (2015)
Following a hugely entertaining first film and a somehow watchable but disappointing sequel, Liam Neeson had sadly saved the worst for last. “Taken 3” (or “Tak3n”) is 1 percent inspiration and 99 percent desperation. At 109 minutes, it’s almost 20 minutes longer than its predecessor. Which means you’ll have to suffer even more before the credits start rolling. It’s obvious that Hollywood knew they had an instant box office hit, and they couldn’t care less about the film itself. Three years later, and I’m still not over how bad this movie was.

Transformers: The Last Knight (2017)
The first one wasn’t original in any way, but it was fun, and I still have fond memories of it. The sequels, on the other hand, were plain awful. But if I had to choose one sequel that stood out, I’d go with “The Last Knight”. This mind-numbingly bad 4th sequel is a loud, dull, violent assault on the senses that ranks among the worst films I’ve ever seen. When Hasbro invented the Transformers toys, the intention was for kids to have a good time. See “The Last Knight” and you’ll know exactly what the opposite of a good time feels like. It’s beyond redemption.

Scary Movie 5 (2013)
I bet you didn’t know they made another one of these. And there’s a reason for it: it sucked. When the first one hit theaters back in 2000, the idea of spoofing popular slasher films from the 90’s sounded pretty cool. Fast forward 13 years and that same idea had been done and redone so many times, people simply stopped caring. “Scary Movie 5” is a fine example of that: On a scale of 1 to 10 on the laugh meter, this movie is a negative 10. A stupid, unfunny and shamelessly lazy farce packed with tired, cringe-inducing jokes and horrible acting. It’s godawful to even think I paid to see this unholy mess.

Little Fockers (2010)
We all loved “Meet the Parents” upon its release, and I personally didn’t mind its sequel “Meet the Fockers” a few years later. But nothing could have prepared me for one of the worst sequels of all time: a painfully unfunny finale that shouldn’t even exist. Jokes include vomit, blood, a fight between Jack and Greg, and an awful scene in which Robert DeNiro “accidentally” takes an erection pill (why, man?). We waited 6 years for this and it wasn’t worth the wait. Screw those fockers.

The Hangover part III (2013)
I really really wanted to like this sequel. Instead, I left “The Hangover Part III” feeling dazed and cheated. What started as a funny premise back in 2009 ended as a terrible mess. Laughs are nowhere to be found this time around, only the sound of Bradley Cooper screaming: “What the fuck am I watching?” Same goes for the movie. 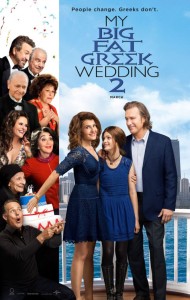 My Big Fat Greek Wedding 2 (2016)
The first one was a certified crowd-pleaser, so the idea of getting the gang back together, 14 years later, sounded fun. On paper. Sadly, this sequel, also written and starring Nia Vardalos, takes everything that was sweet and harmless in the first one and turns it into a painfully unfunny mess. It felt good seeing all these characters back together, but only for a few minute. The rest of the film made me want to kill myself. Time can be cruel, especially to sequels.

Zoolander 2 (2016)
The 2001 original wasn’t innovative in any way, but at least I can say that it was funny. Ben Stiller and Owen Wilson are two of my favorite comedians, so seeing them in this horrible sequel will certainly go down as one of the most disappointing things I’ve ever witnessed. What was funny in 2001 clearly isn’t anymore. If you enjoyed the first one, then for the love of God stay away from this sequel.

For more movie reviews by Anis, check out Let’s Talk About Movies and follow the page on Facebook and Anis onTwitter.

Wanna Stay Up To Date?